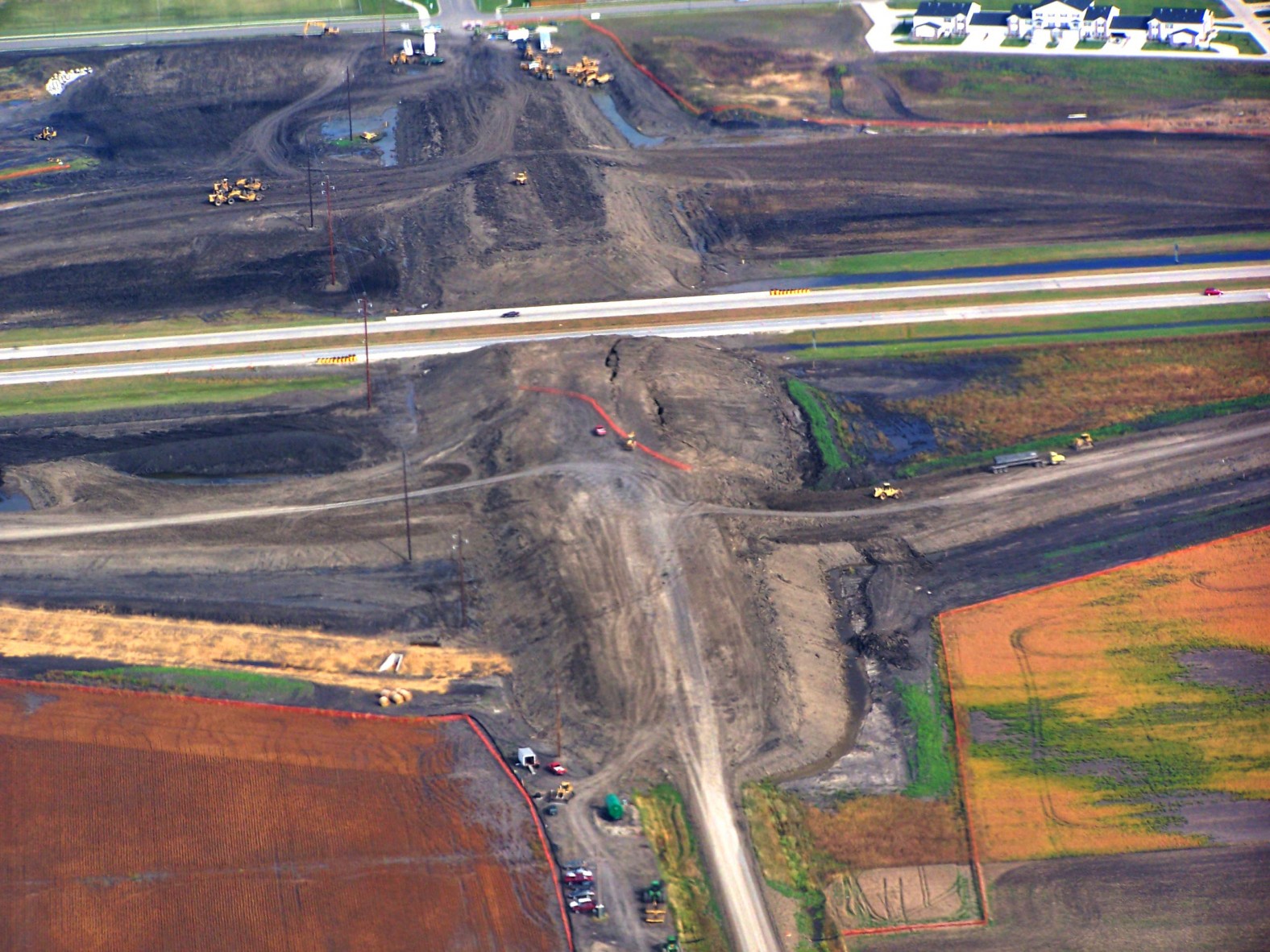 During the 2007 construction season, three of four embankments associated with the north and south approaches to the 9th street overpass of I-94 failed. We were retained to study the failure causes and assist with redesigning the failed embankments.

Our exploration and instrumentation program included auger borings and the installation of piezometers (to measure pore water pressures and pressure dissipation) and slope inclinometer casings (to measure ground movements and delineate surfaces along which embankment failure was occurring). After we performed finite element analyses to reconstruct the sequence of construction, pore water pressure development, deformation and failure of the three quadrants, we developed a model for reconstruction with Geofoam lightweight fill.

Chuck Hubbard, PE, PG, our senior project manager on the job, developed the exploration and analytical program. He prepared a report that contained a discussion of failure mechanisms and recommendations for reconstruction, and also monitored the construction.