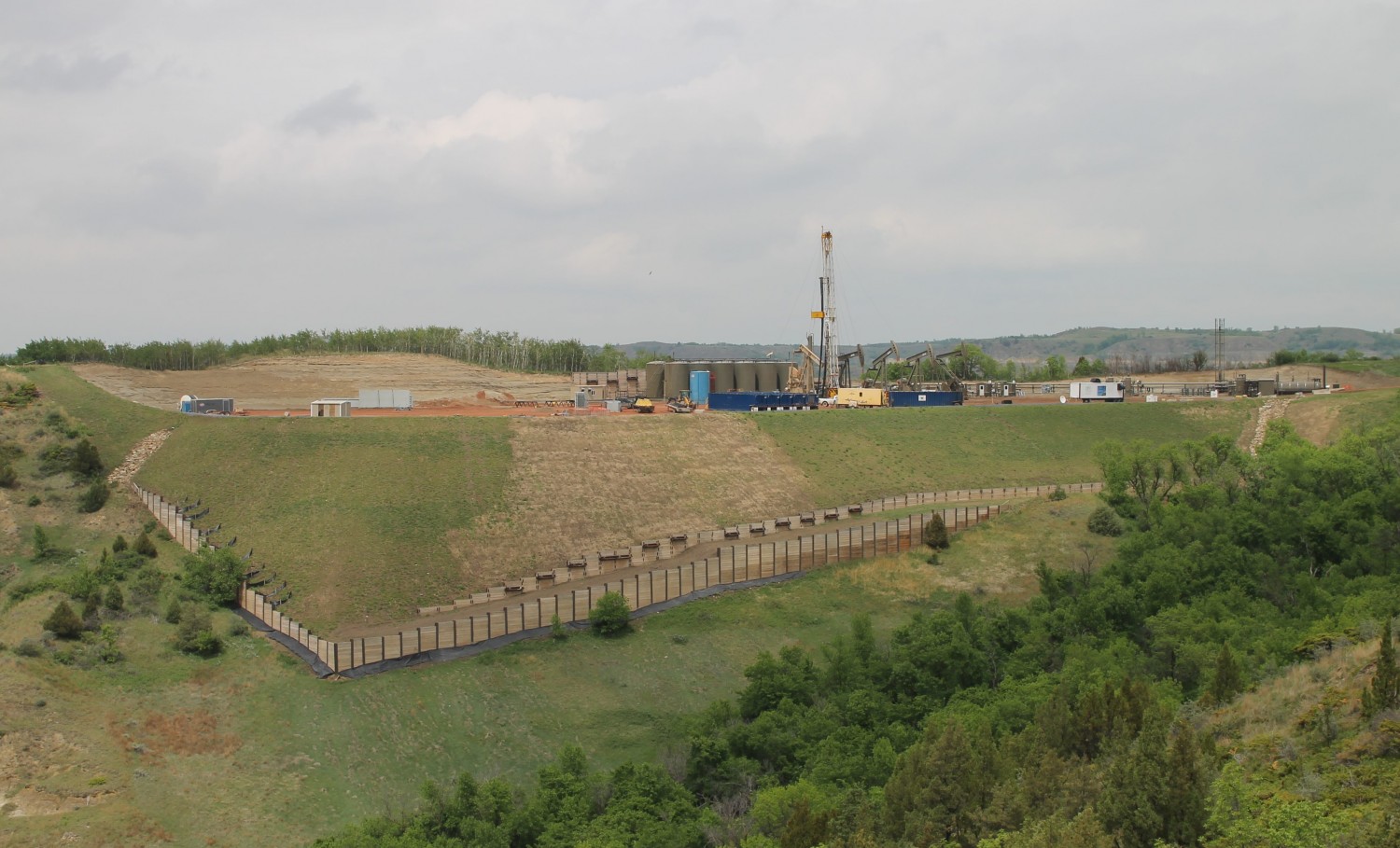 With the increase of oil production in the Bakken, more pressure has been placed on finding suitable locations for drilling. Halcón Resources, an independent energy company, purchased a number of locations south of Mandaree, North Dakota. One of the locations, the Bross Well Pad, had its right of way platted at the crest of a valley leading down to the Little Missouri River. The long slope of the valley presented challenges for creating a level platform for drilling and production operation. In addition, heavy spring rains in the last few years have created numerous landslides in natural and manmade slopes that were only marginally stable prior to wetting of the soils. Halcón realized that these slopes would be prone to failure if constructed by traditional methods, so they reached out to Braun Intertec.

Our engineers systematically approached the problem by first performing a site investigation and laboratory testing to determine the strength conditions of the slope. We then preliminarily designed many options for the contractor to price and provide comments on constructability.  Using their feedback, we created a buildable design taking normal techniques and uniquely applying them by: extending the piles to intercept the global failure, inserting piles in the middle of the slope to reduce the depth of the controlling failure surface, skewing the tiebacks into the fall line of the slope, connecting the tiebacks behind the wall to stay within the property limits, and using biaxial geogrid for surface slope protection which allowed for greater  speed of construction.

During the construction of the pad, our team was responsive, changing the design in the middle of construction to adapt to early drill rig availability. The resulting pad was finished considerably ahead of schedule and greatly under budget. This project has allowed Halcón to show the Bureau of Indian Affairs and Bureau of Land Management the value the engineering profession can bring to a team faced with a complex site. As future leases become available in difficult locations, the permitting agencies will look to the Bross Well Pad as an example to follow.

The Bross Well Pad won a 2016 Engineering Excellence Award for Special Projects by the American Council of Engineering Companies of North Dakota.