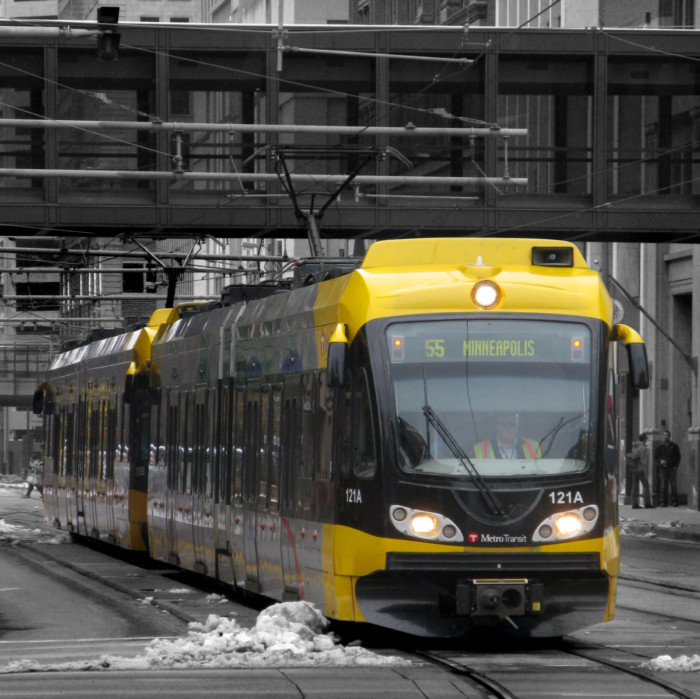 Even before the construction of the first light rail line, known as the METRO Blue Line, an effective mode of transit connecting the downtowns of Minneapolis and St. Paul was envisioned in the Twin Cities for decades. Later realized as Central Corridor Light Rail or the METRO Green Line, this light rail transit line was intended to increase access for the labor force, support job growth, mitigate roadway congestion, and encourage economic development.

The Metropolitan Council along with its project partners, including the Minnesota Department of Transportation, Hennepin and Ramsey Counties, and the Cities of Minneapolis and St. Paul, identified an 11-mile corridor for the METRO Green Line project. This corridor would connect sports venues, a university campus, the State Capitol, and various unique neighborhoods to further cement the “twin” in the Twin Cities. Appropriately, this corridor was historically used for transit for more than a century, first with street cars followed by busses.

Previous industrial, manufacturing, and commercial uses of the corridor resulted in underlying soil and groundwater contamination, making the Central/METRO Green Line corridor a considerably-sized Brownfields site. Data from the Minnesota Pollution Control Agency (MPCA) indicated that 7% of Minnesota’s contaminated sites are located within the Central Corridor area. This legacy of contamination has restricted investment and redevelopment within an area primarily occupied by minority and immigrant populations who face economic challenges on a daily basis.

With such a large, linear and relatively fast-tracked project, conducting an environmental investigation of this scale was a challenge surmounted by dividing the project into manageable pieces. The environmental investigation revealed that soil contamination was present in roughly 30% of the project area. Groundwater contamination was identified beneath the entire corridor. Furthermore, an entire city block underlain with asbestos fill was identified along with the existence of more than 150,000 linear feet of asbestos conduit. Remedial efforts entailed removing and disposing of approximately 192,000 tons of contaminated soils as well as reusing approximately 20,000 tons of low-impact soils beneath clean soil buffer engineering controls. When encountered, contaminated water was pre-treated and discharged via the sanitary sewer under the appropriate local permitting process.

The environmental portions of the project required extensive collaboration and communication with multiple regulatory agencies and funding partners, including the MPCA, the Minnesota Department of Health, and the Federal Transit Authority. These entities received frequent updates on project status and investigation findings. During construction, remedial actions were communicated and pre-planned with the contractors as part of weekly environmental meetings.

In June 2014, the METRO Green Line triumphantly opened to passenger service. Daily ridership is projected to reach 40,000 passengers by 2030. It is estimated that approximately $2.5 billion dollars in redevelopment of the corridor is planned or underway as a direct result of the METRO Green Line project. Successful cleanup of the METRO Green Line not only created a new light rail transit line, but also created the opportunity to strengthen the regional economy and make the adjacent neighborhoods a safer environment for living, working, and playing.