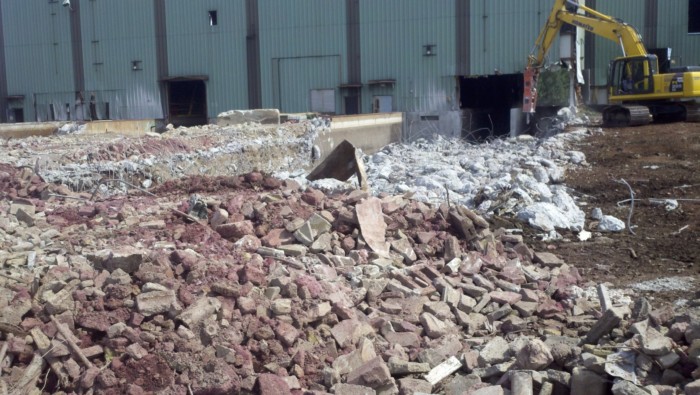 In 2006, Ainsworth Engineered LLC suspended operations at their Grand Rapids Oriented-Strand Board (OSB) manufacturing facility. The facility closed in 2008 and as many as 190 jobs were lost. Itasca Economic Development Corporation (IEDC) purchased the site in 2009. Along with the property came an enormous responsibility for cleaning up equipment, process chemicals and oils, and soil remediation. In 2012, all of the manufacturing equipment was removed from the site and soil remediation and other site preparation activities were conducted.

Braun Intertec was the environmental consultant on this project. We discovered a number of contaminants at the site including: asbestos and lead-based paint, diesel aboveground storage tank (AST) pumps, and leftover contaminants from a 6,600-gallon underground storage tank (UST) that was previously at the site. Our team developed a Response Action Plan (RAP) that was approved by the MPCA which provided methods to safely and successfully remove and dispose of contaminated soils during project activities. After the contaminants were removed, Braun Intertec completed a Phase II Environmental Site Assessment (ESA) and, based on our findings, the MPCA determined that no further remedial action was required.

Revitalization of the Itasca Ecoindustrial Park spurred additional commercial development in the immediate area, with several projects under construction immediately following the redevelopment. Along with the creation of new jobs, the revitalization of this key industrial site is a source of pride for the community.