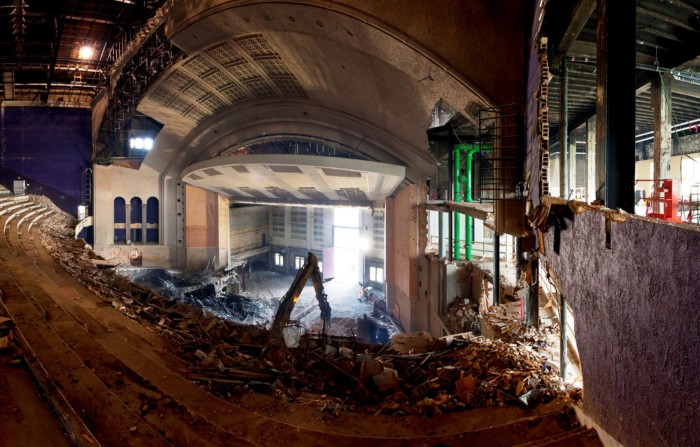 To revitalize Northrop, the University retained a team of consultants, including Braun Intertec. The two-phase project started in 2005. Our building science experts evaluated the exterior envelope and worked with the project team to develop an exterior renovation plan. We conducted a series of tests to identify areas with existing and potential moisture penetration, detect high-risk conditions and document erosion and/or sedimentation buildup in the internal piping network. These tests allowed the team to determine how to repair the structure without creating new problems.

Braun Intertec helped map out the soil and groundwater profile for Northrop, and evaluated design recommendations for new footings, determined load carrying capacities for the existing footings, and provided foundation options for the heaviest loaded columns.

The interior renovation required the original structural steel roof trusses and columns be strengthened. We were asked to be part of the team to develop a test that evaluated the existing steel yield strength and its weldability to modern day structural steel. Our nondestructive examination (NDE) group analyzed existing steel samples to determine its chemical makeup. After a battery of tests, it was concluded the yield strength and its weldability was not an issue, allowing intended construction plans to move forward without time and cost penalties.

Because of the proximity to other buildings, the project needed to be monitored to manage unwelcome levels of vibrations. Braun Intertec monitored vibrations with internet-based remote readers so any time the pre-set vibration level was exceeded, the construction team was quickly notified.

The project was completed in phases, with Phase I focused on the renovation of the brick and stone exterior and Phase II including the interior. The revitalization of Northrup Memorial Auditorium lasted nine years and the renovation maintained the building’s iconic historic charm.

In 2015, Northrop Memorial Auditorium won a Top Project Award from Finance and Commerce.