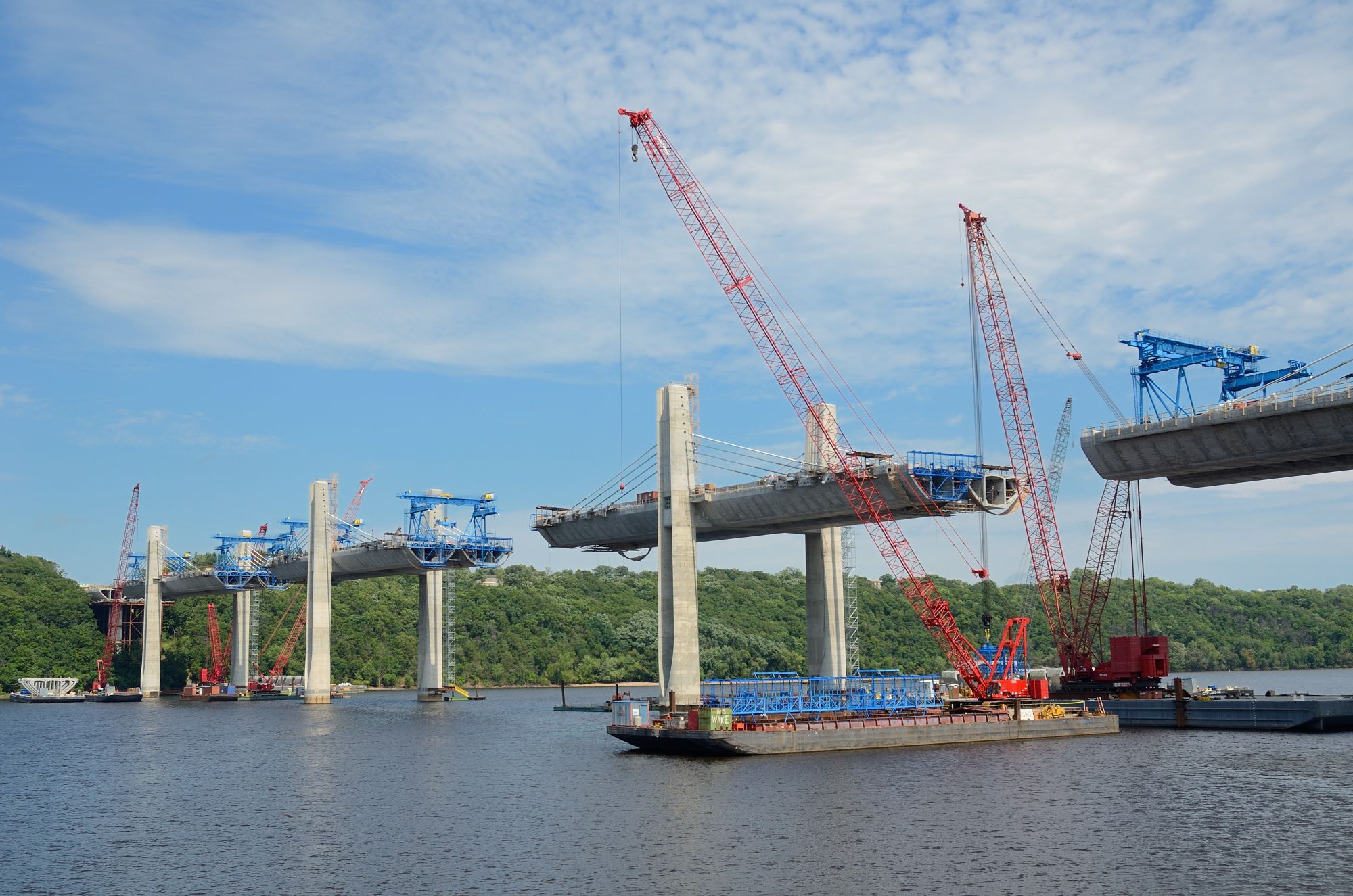 Since 1985, both Minnesota and Wisconsin hoped for a new bridge to marry the two states across the St. Croix River. Although elegant, the existing Stillwater Lift Bridge needed continual repairs and was no longer able to accommodate mounting traffic queued to cross the river between Stillwater, Minnesota and St. Joseph, Wisconsin. After almost 30 years of project starts and stops, the St. Croix Crossing bridge project was finally underway in 2012.  A shared project between the Minnesota Department of Transportation (MnDOT) and the Wisconsin Department of Transportation (WisDOT), Braun Intertec was selected to provide environmental consulting during both the design and construction phases of this long over-due project.

Braun Intertec completed Phase I and Phase II Environmental Site Investigation (ESA) activities for the project, as well as contributed to the preparation of a Response Action Plan (RAP) that outlined handling of contaminated and regulated materials during construction.

Braun Intertec was also selected to provide construction monitoring as part of RAP implementation as well as asbestos and regulated waste removal oversight for the for the entire project area.  Some notable project “highlights” included the oversight and removal of almost 12,000 tons of asbestos containing waste material (ACWM), removal of over 3,000 tons of coal slag considered solid waste, reuse of marginally impacted soil, oversight and sampling of contaminated groundwater discharge, and oversight of the removal of unanticipated asbestos containing utility pipes.

Braun Intertec consultants are proud of their contributions to this momentous effort. The bridge spans the St. Croix River with a more than 5,000-foot extradosed bridge that carries four lanes of traffic in each direction. It now carries more than the twice the 18,000 vehicles per day that were crossing the river prior to the construction of the new bridge. Beyond its most fundamental function, the bridge has strengthened economic and social ties between Minnesota and Wisconsin.